With the sixth Democratic presidential nomination debate set for December 19, 2019 in Los Angeles, California, here is an updated assessment of the relative position of the now-15 declared candidates. Since the previous update, four candidates exited the race: Miramar, Florida Mayor Wayne Messam on November 20, former United States House of Representatives Member (“Representative”) Joe Sestak of Pennsylvania on December 1, Montana Governor Steve Bullock on December 2, and, rather surprisingly given that she had qualified for the sixth debate, United States Senator (“Senator”) from California Kamala Harris on December 3. The 13 candidates who have abandoned their quest to be the 2020 Democratic presidential nominee each exited with grace, class and dignity; I commend them for it.

To learn how I calculate the value I assign to each candidate, NSW-WAPA (national-and-state-weighted weighted-adjusted polling average), please see here;[1] for recent modifications, please see here.

And, of course, here is the December 2019 lighthouse photograph in my Down East 2019 Maine Lighthouses wall calendar. 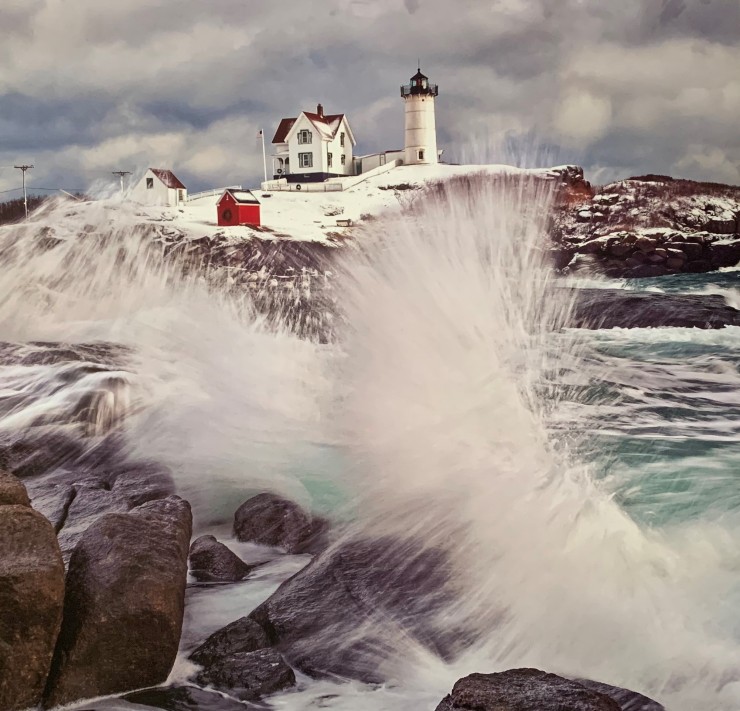 Table 1 below aggregates data from all national and state-level polls publicly released since January 1, 2019(as of 1:00 am EST on December 19, 2019), including:

The race continues to follow the same pattern. Former Vice President Joe Biden remains the nominal frontrunner (25.7, down from 26.2), primarily because of his 23.7-percentage-point (“point”) lead in South Carolina, essentially unchanged from 24.0 last month. However, he is less strong in Iowa and New Hampshire, where the two candidates battling for second place—Massachusetts United States Senator (“Senator”) Elizabeth Warren (17.0, down from 17.3) and Vermont Senator Bernie Sanders (16.0, up from 15.8)—are much closer to first place. And this more-inclusive version of NSW-WAPA overstates the gap between Biden and Warren; only examining polls conducted entirely after June 26, 2019, when the first round of Democratic presidential debates ended, Biden drops to 24.6 and Warren rises to 18.2; Sanders is at 15.8. Rounding out the Big Four, overall and in the four earliest states, is South Bend, Indiana Mayor Pete Buttigieg (9.1—up from 8.1, and 7.1 the month before). These four candidates account for more than two-thirds (68.0%) of declared Democratic voter preferences.

Looking only at Iowa and New Hampshire, meanwhile, shows an even tighter race, especially when only post-first-debate polls are considered. Using these more recent polls, Iowa is effectively a four-way tie, with Warren at 19.7, Biden at 18.9, Buttigieg at 16.0 and Sanders at 15.0. There is a similar scrum in New Hampshire, with Biden at 19.5, Warren at 19.4, Sanders at 17.0 and Buttigieg at 11.4.

In the next tier are five candidates with NSW-WAPA between 1.6 and 2.1 who are running out of chances to rise into the top four: billionaire activist Tom Steyer, entrepreneur Andrew Yang, Minnesota Senator Amy Klobuchar and New Jersey Senator Cory Booker—essentially tied for 5th place—followed by Hawaii Representative Tulsi Gabbard. Other than Booker, these candidates rose in the last month, particularly in the early contests. However, only Steyer, Yang and Klobuchar will be joining the Big Four on Thursday’s debate stage, despite protests by Booker and former Secretary of Housing and Urban Development Julián Castro, who remains mired around 0.6. The top nine candidates total more than three-quarters (77.7%) of declared Democratic voter preferences.

While Castro and the remaining six candidates divide just 1.7 between them, nobody else seems close to ending their campaign soon. Indeed, Castro missed the December 9 deadline to run in 2020 against Texas Senator John Cornyn. Meanwhile, the upsurge in NSW-WAPA for “Don’t Know/Other” reflects lingering support for Harris.

Returning to the debates, seven pollsters—six nationally[4] and one in South Carolina[5]–conducted polls of the 2020 Democratic presidential nomination both before (but after the October 2019 debate) and after the November 2019 debate. Simple average differences in polling percentage (South Carolina poll results weighted four times national results) show measurable gains for Buttigieg and Steyer (+1.7 points each), Gabbard (+0.9) and Booker (+0.6), as well as measurable declines for Biden (-2.9) and, especially, Warren (-4.1). Warren’s decline was even sharper after weighting averages by pollster quality (-5.9) and number of days between polls (-7.9): her decline was steepest in higher-quality polls conducted farther apart in time. This decline is reflected in the decline in Warren’s NSW-WAPA from 19.1 last month to 18.2 now using only polls conducted after the first Democratic candidate debate. By contrast, “Don’t Know/Other,” Castro, Sanders, Booker and Klobuchar saw higher increases in support, albeit still small, with higher-quality polls conducted farther apart in time.

On December 13, 2019, FiveThirtyEight unveiled its own 2020 Democratic presidential nomination polling aggregations. We use different aggregation methods, so while values we estimate for each candidate are broadly similar, there are clear differences, most notably in the relative standings of Buttigieg and Warren in Iowa and New Hampshire. I encourage you to compare our methods and results, especially since I base much of my own methods on their example.

Here are four key areas where our aggregation methods differ.

First and foremost, I combine state and national polling averages into a single overall value: NSW-WAPA; FiveThirtyEight does not. Similarly, when a state has not been polled for a while, FiveThirtyEight adjusts each candidate’s standing in that state by the change in their national standing, or “secular trend.” I do not do this. The first four states are polled often enough to make such adjustment unnecessary there, and I use time-and-quality weighted averages of a) the 10 Super Tuesday states and b) all subsequent states, mitigating the need for secular trend adjustment. Moreover, while I think such adjustment is necessary for general election polling, particularly the closer the election is, I am skeptical state-level primary polling moves in tandem with national polling, if only because there is no “national presidential nomination primary” to assess.

That secular trend is apparent in how much worse Warren is faring in Iowa and New Hampshire in FiveThirtyEight’s models compared to mine, likely due to her polling decline since the last debate, as well as the corresponding stronger position of Buttigieg in those states.

Second, the way I weight elapsed time since a poll was conducted compared to the way FiveThirtyEight does means NSW-WAPA is slower to detect sustained movement in a candidate’s standing. Still, it caught the major movements: the decline in support for Biden and former Texas Representative Beto O’Rourke since the start of the debates, the rise of Harris after the first debate and her subsequent decline, and the slow steady ascent of first Warren (with a recent decline) then Buttigieg.

Third, FiveThirtyEight adjusts for the tendency of some pollsters to release more favorable results for some candidates, on average, relative to others. I do not, simply because I had not performed or seen the calculations. Also, adjusting for this mathematical “bias” in my general election polling aggregates rarely alters final aggregates very much. However, if I can obtain the bias estimates FiveThirtyEight uses, I may consider using them.

Finally, FiveThirtyEight assigns a higher weight to polls with a larger sample size; I do not weight by sample size at all. For one thing, this would give inordinate influence to Morning Consult tracking polls, whose average sample size in 2019 has been 14,562—while their pollster rating is B/C (which I code 2.5/4.3 = .581). There is in fact a slight inverse relationship between average sample size and pollster quality: r=-0.20 for 24 polling agencies who have conducted two or more national Democratic nomination contest polls in 2019.[6] Moreover—and here my epidemiological training comes into play—increasing sample size makes an estimate more precise (i.e., smaller margin of error) but does not reduce any systematic bias; the latter is reduced through the sort of adjustment discussed in the previous paragraph. Simply put, I see no valid methodological reason for giving more weight to polls with higher sample sizes.

There has been a slight pro-Trump trend in recent polls of hypothetical matchups between potential 2020 Democratic presidential nominees and President Trump I may address in a later post. For now, though, here are the averages: Biden would beat Trump nationally by 7.6 points, Warren by 3.1 points and Sanders by 4.9 points, while Buttigieg would lose by 0.3 points and Booker by 0.7 points[7]; Bloomberg, based on eight polls—seven released in the last two months, would win by 1.2 points. The other eight candidates for whom I have matchup data would lose by between 2.9 (Klobuchar) and 9.3 (spiritual advisor Marianne Williamson) points, although these numbers are misleading, as they are primarily based upon data from pollster Harris X, who tend not to push undecided voters to choose, making for unusual polling margins.

Weighted by a rough estimate of the likelihood of winning the nomination (NSW-WAPA/.794), the 2020 Democratic nominee would beat Trump by 3.4 points, broadly in line with the median Democratic presidential margin (+3.0) in the previous six presidential elections, which include three elections with an incumbent seeking reelection and three elections with no incumbent. Excluding Biden and Sanders, however, decreases the margin to -0.2 points, with the caveat from the preceding paragraph.

Comparing available state-level results,[8] which decide presidential elections via the Electoral College, to my partisan-lean measure 3W-RDM implies Democrats would win the national popular vote by between 3.7 (excluding Biden and Sanders) and 5.8 points. Most encouraging to Democrats should be polls from North Carolina (R+6.0), Georgia (R+9.6), Arizona (R+9.7) and Texas (R+15.3), which show Democrats either even (Georgia) or within five points of Trump; on average, they imply a national Democratic lead of 8-9 points, confirming strong opportunities for Democrats in the southeast and southwest.

On balance, however, Democrats remain extremely competitive in a wide range of swing and Republican-leaning states against an incumbent president, with the most likely nominees—Biden, Warren, Sanders, Buttigieg—beating him by a combined 4.8 points.

[6] The correlation increases to -0.43 if you exclude Morning Consult.

[7] Although this matchup has not been assessed since late September.