When I first launched this blog in December 2016, I decided that if I were going to write about American politics—however “objective” my analyses and transparent my methods—I should be careful not to be seen merely as a partisan or ideological hack.

Thus, in only my second post, I laid out what I considered to be my bipartisan bona fides, while also making clear that I am a proud liberal Democrat. The two are not inconsistent.

Over the next six months, as I wrote a great deal about American politics—particularly reflecting on the 2016 presidential campaign—I chose, with one exception, not to refer back to that post.

But as the resistance to President Donald Trump heated up in the spring and early summer of 2017, I began to be disturbed by the nascent tit-for-tat nastiness of some of my fellow liberals (or progressives, or whatever the label du jour is). I found myself writing long Facebook posts that were more or less erudite versions of “two wrongs don’t make a right.”

The end result was that in June 2017, I crafted what remains the post of which I am still the proudest: Two distinct restaurants. Two different conversations. One unanswered question.

And the question I still have is:

When do you stick to deeply-held principles, and when do you set them aside to advance the common good?

The answer may something to do with lowering your voice, listening to other points of view and questioning your own certainty.

I have linked to this post on Twitter (less so on Facebook, which I have all but abandoned) more often than any other post. Granted, Twitter is not exactly renowned for being “where cooler heads prevail”—but that will not stop me from trying.

Four months passed, during which I spent a great deal of time (or so it felt) arguing for the repeal of Amendment II on Twitter (see caveat in previous paragraph). The…umm…pushback I received prompted me in October 2017 to write Unpacking Twitter arguments, both coherent and incoherent.

This was the “Featured Image” on that post. It still sits on my desk, where I can easily access it. 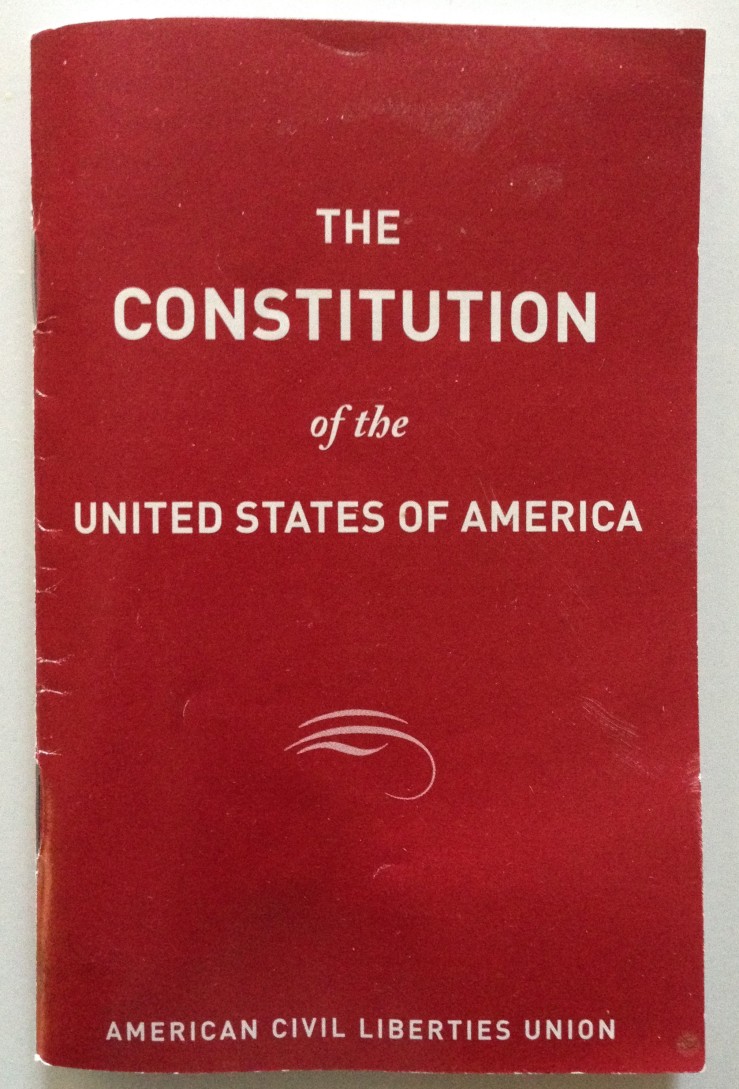 I did not write specifically about bipartisanship again until April 2018, but the notion clearly suffused the following posts:

What if Dewey HAD defeated Truman?

Dynamics of the Party System

The latter post, from May 2018, was a first response to what I saw as a rapidly growing and dangerous epistemological crisis (which still exists) in the United States: the division of American citizens into ideological media silos, wherein we only “accept as true” information we receive from our preferred sources.

As a recent birthday gift shows, I am not immune to such siloing; MSNBC rules our weekday evenings.

In June 2018, I began to proffer a specific form of bipartisan action as the cure for our epistemological crisis—a willingness to vote across party lines, while still staying true to one’s fundamental political views. In Bipartisanship as patriotism, I announced I would vote to reelect Republican Charlie Baker governor of Massachusetts; my wife Nell and I both followed through on that pledge with no regrets.

Just one week later, I published a hopeful piece about the vacancy on the United States Supreme Court created by the retirement of Associate Justice Anthony Kennedy. I did not really expect a more centrist nominee from President Trump, but neither did I expect to have a personal connection to his eventual choice.

Finally, my most recent posts dealing with bipartisanship (other than an exhortation to be involved in the process, whatever your political perspective) came after the deaths of two Republican icons I came greatly to admire (despite our ideological differences and their all-too-human foibles):

Rest in peace, gentlemen. You served your country with honor—and did your best to act in accordance with what I wrote on my home page: “It really is possible to disagree without being disagreeable.”

3 thoughts on “Organizing by themes IV: Bipartisanship and civil discourse”