The 2018 midterm elections end today, November 6, 2018. If you are not one of the 36 million Americans who have already voted, PLEASE vote! Democracy is too precious not to participate, as is your right.

I voted early, so starting at 6 pm EST (when some polls close in Indiana and Kentucky), I will be parked in front of MSNBC with my family, ample snacks—and a pitcher of blue lagoons (minus the cherry—maybe blueberries instead?). 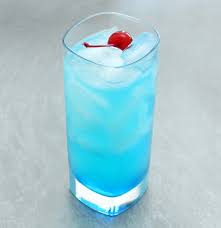 I will also have the following cheat sheet to keep track of the returns as they are announced. This sheet has one side each for United States Senate (“Senate”) and United States governor’s races, sorted by when the last polling locations close in a state (some states cross time zones, meaning eastern polling locations close one hour earlier than western ones); Washington state conducts all of its balloting by mail, so I slotted it in between the 11 pm (EST) and midnight closings.

The sheet lists the surnames of the Democratic and Republican (and occasional Independent) candidates in each race. Incumbents are underlined; the candidate of the party currently holding the seat is italicized. I also list two “projected” final vote margins for each race, one calculated by me (Just Bear With Me—JBWM) and one calculated by FiveThirtyEight.com (here and here); I did not calculate a margin for every Senate race. There is a column for the actual margin, plus columns for the difference between projected and actual margins. You can effectively ignore the Mississippi special election, which will almost certainly proceed to a November 27 runoff. I am curious how much better (or worse), on average, my methods will turn out to be compared to those designed by Nate Silver.

Unlike FiveThirtyEight.com, I did not attempt to divine how undecided voters would vote; in essence, I assume (for better or worse) they will “break” the way decided voters did. To assess the impact of a systematic polling error in favor of one party or the other (averaging about 3.0 percentage points across the last four election cycles), you should add/subtract about 2.7 percentage points to the listed JBWM margin.

By this method, in the Senate, there are two toss-up races: Missouri and Nevada, with the former leaning slightly Republican and the latter leaning slightly Democratic; I believe this is what will happen in those races. Arizona is likeliest to flip to the Democrats, while North Dakota is likeliest to flip to the Republicans. I thus call that the Senate breakdown will remain unchanged (using FiveThirtyEight’s margins, though, gives the Democrats a net gain of one seat, still one seat shy of a majority).

But there are nine Senate and 10 governor’s races with a “JBWM” margin in the toss-up, lean or likely categories—meaning that there is still considerably uncertainty about how these races will end. This is one more reason that your vote is so vitally important.

Please vote, if you have not already!

And then sit back and track the returns on the cheat sheet with your company, snacks and beverages of choice.