At just after midnight EST on February 11, 2020, a total of 27 Democratic voters gathered in the small New Hampshire hamlets of Dixville Notch, Hart’s Location and Millsfield to cast the first votes in the 2020 New Hampshire Presidential Primary. Here are the tallies from those early votes (which, while fun to watch, have historically shown little relationship to the way the statewide electorate votes); I jotted them down as they were being broadcast live on MSNBC:

The perhaps-surprising winner in these early returns is United States Senator (“Senator”) from Minnesota Amy Klobuchar, who had a very well-received debate performance in Manchester, New Hampshire on February 7; as the data in Table 2 suggest, she may have some momentum from that performance. Also, the name of former New York City Mayor Michael Bloomberg does not appear on the either the Democratic or Republican New Hampshire Primary ballot; these votes, as well as the only Republican vote cast in Dixville Notch, are write-in votes.[1]

To learn how I calculate candidate WAPA (weighted-adjusted polling average), please see here. I weight polls conducted partially (1.33 or 1.67) or wholly (2.00) after the Iowa Caucuses higher than prior polls.

Here is a photograph of a now-defunct ice cream parlor in scenic Portsmouth, New Hampshire in early September 2005; I was never the owner of this establishment: 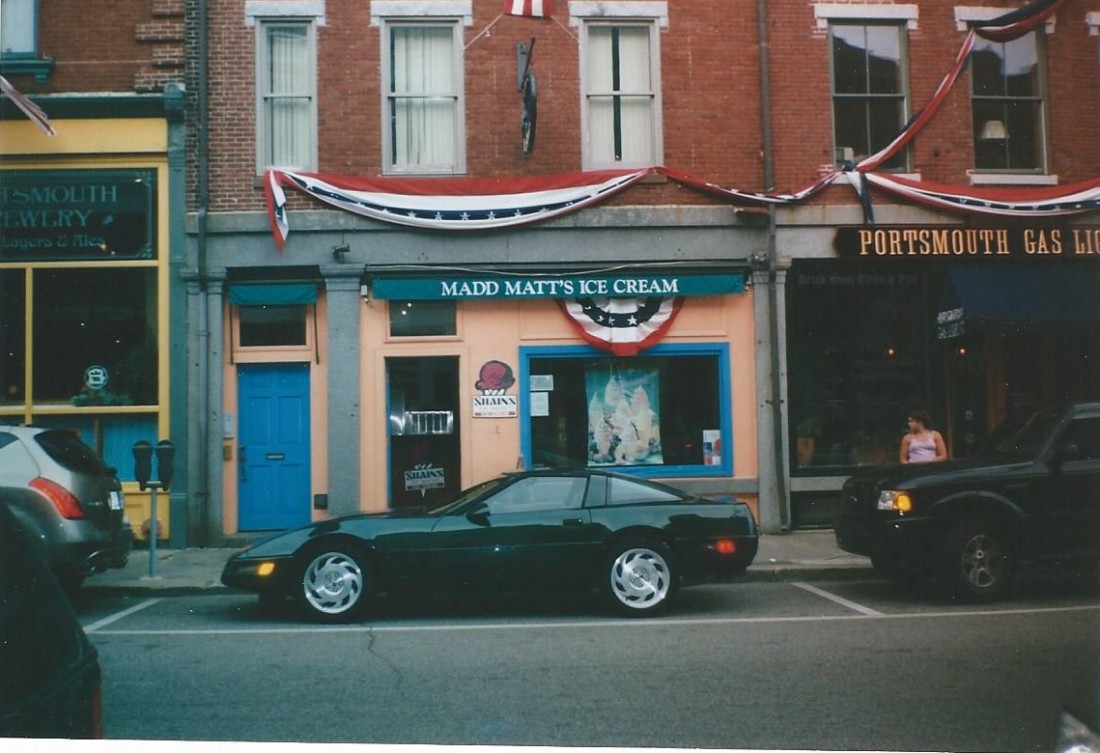 As of 2 a.m. EST on February 11, 2020, here is a breakdown of publicly-available New Hampshire Primary polls:

The final two tracking polls by Emerson College and the University of New Hampshire overlapped in time with each organization’s prior tracking polls, so I only used the most recent ones.

Besides Klouchar, the top two finishers in the Iowa Caucuses—Vermont Senator Bernie Sanders and former South Bend, Indiana Mayor Pete Buttigieg—also appear to have momentum going into New Hampshire. The likelihood is that Sanders will win the primary—though not by anywhere close to his 2016 winning margin of 60% to 38% over former Secretary of State Hillary Clinton—perhaps followed by Buttigieg.