In a previous post, I implied that Hillary Clinton’s 2016 losses in five states won by Barack Obama in 2012–Pennsylvania, Ohio, Michigan, Wisconsin and Iowa—resulted from white voters without a college degree (14 percentage points less Democratic in 2016 than in 2012) averaging 44.4% of these states’ electorates, while white voters with a college degree (10 percentage points more Democratic than in 2012) averaged 38.0%.[1]

This steep decline for Democrats in 2016 among midwestern/Rust Belt white voters without a college degree is the bad news.

Today, I will present some good news.

Four states totaling 80 electoral votes (EV)—North Carolina, Georgia, Texas and Arizona—may be trending slowly toward the Democrats. Clinton lost all four of these states, as did Democratic nominees in 2004, 2008 (excepting a squeaker win in North Carolina) and 2012. However, the average margin by which she lost to Republican Donald Trump in these four states was 5.3 percentage points, about half the average 2004-12 margin (-10.2).[2]

This slow pro-Democratic trend is even clearer when you adjust for the national Democratic margins over the last four presidential elections, as shown in Table 1.

Put simply, as the country as a whole voted slightly more Republican in 2016, these states voted relatively more Democratic.

The maps in Figure 1, taken from Dave Leip’s indispensable Atlas of U.S. Presidential Elections, show the counties where Democrats performed better in 2016 than in 2012 (shades of pink and red[3]), and where they performed worse (shades of blue). 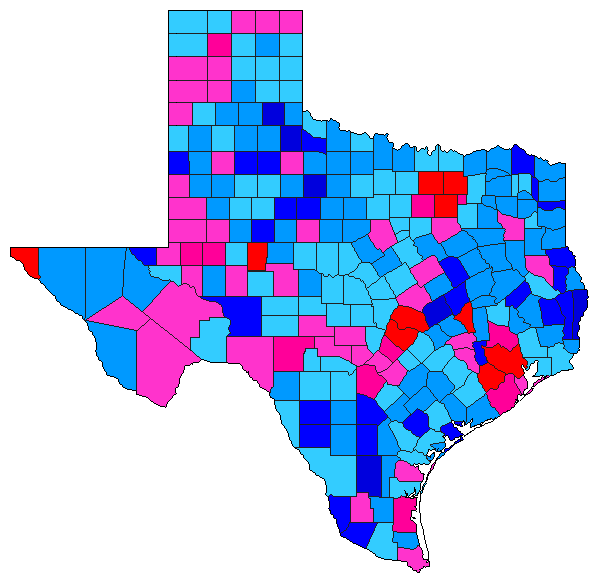 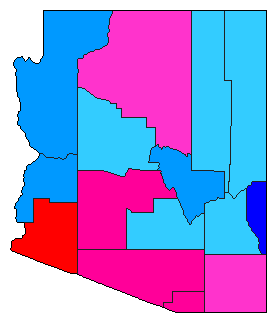 Table 2: Presidential Voting Margins Among White and Non-White Voters With and Without College Degrees, Nationally and in Four Democratic-Trending States

Now, just bear with me while I briefly describe multiple linear regression.

Thus, using 2016 presidential election data from the 50 states and the District of Columbia, I estimated the following equation:

In 2013, the population of Massachusetts was 75.1% white and 28.0% of its residents over the age of 25 had a college degree. Plugging those values into the equation yields a “predicted” 2016 Democratic margin of 25.2, barely below the 27.2 percentage points by which Clinton actually won Massachusetts.

Table 3: Predicted and Actual 2016 Democratic Presidential Margins, Based Upon % White and % Adults with a College Degree, in Four States

It is quite possible that the future of the Democratic Party lies with a three-part coalition of non-white voters, white voters with a college degree and younger voters (voters aged 18-39—37% of the electorate—voted for Clinton by 16 percentage points).

If this is indeed the case, then newly-elected Democratic National Committee chairman Tom Perez may want to think about putting less emphasis on midwestern and Rust Belt states with a large proportion of whites without a college degree[9] to focus instead on south Atlantic states like Georgia and North Carolina, and southwestern states like Texas and Arizona, whose electorates will become even more dominated by this three-part coalition in the future.

[1] At a practical level, this means that she lost the vast majority of white, low-population, rural counties in these states by an average 363,000 votes—and 14.0 percentage points—than Obama had four years earlier, while holding her own in the Democratic core counties.

[2] For comparison, Clinton lost the five key Midwestern/Rust Belt states by an average of 3.8 percentage points.

[4] The mix of non-white voters varies across by state, with Arizona and Texas having a higher Latino population (30.3 and 38.4%, respectively) and Georgia and North Carolina having a higher Black population (31.4 and 22.0%). Black voters supported Clinton by a margin of 81% percentage points, while Latinos did so by a margin of 38 percentage points.

[5] A thoroughly irrelevant sidebar: this effect (white voters becoming more Republican as the non-white population increases) inspired the “demographic trait activation” hypothesis I was going to test in my political science doctoral program. The one I never finished (though I did get a Master’s Degree out of it).

[9]Acknowledging, of course, the very close margins in Michigan, Pennsylvania and Wisconsin (as well as in Minnesota: Clinton+1.5), suggesting that simply activating more voters belonging to this three-part coalition could easily flip these states Democratic again.

24 thoughts on “Should Democrats look to the southeast and southwest?”